Lifespan refers to the average rated life of a light bulb and is calculated in different ways depending on the type of the light bulb. An incandescent light bulb is as bright when it dies as it was the first time it was switched on and the reduction of light (as luminosity is reducing with time) is practically irrelevant. LEDs with a significantly longer lifespan will slowly decrease in luminosity over time. This means that, at the end of its life, the LED module has not died, but its luminosity has decreased below the stated level.

When reporting the lifespan of an LED, L70, L80 and L90 are used as markers to indicate the decrease in luminous flux. 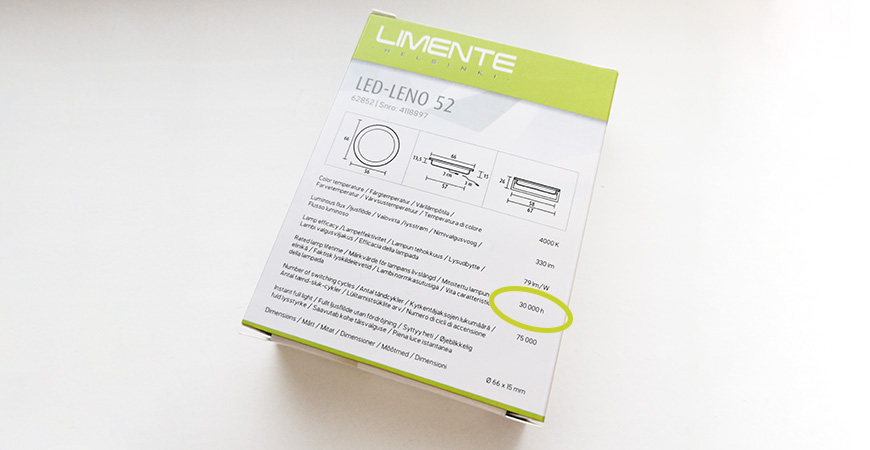 A more common designation is L70 = 50,000 H, which indicates that after 50,000 hours of use, the luminous flux of the LED is 70% of the original. The percentage of died LEDs is not indicated.

It’s important to pay attention to what exactly is the value you’re dealing with. The figure below represents how 50,000 h stated as L70B50 is a considerably worse lifespan than 35,000 h stated as L90B10. 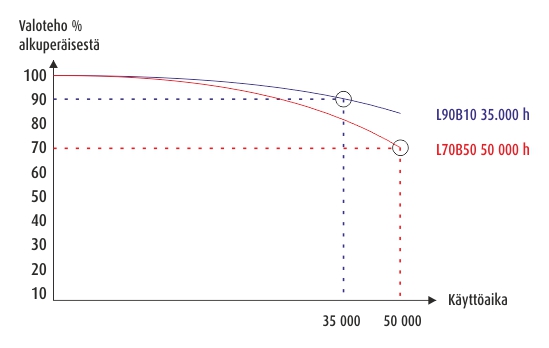 Two typical examples are presented below. In the figure, it’s assumed that the initial luminosity is 100 Lumens and the values are the light at the stated lifespan.

The L90B10 provides a much more realistic picture of the light produced by the light fixture after the stated lifespan. 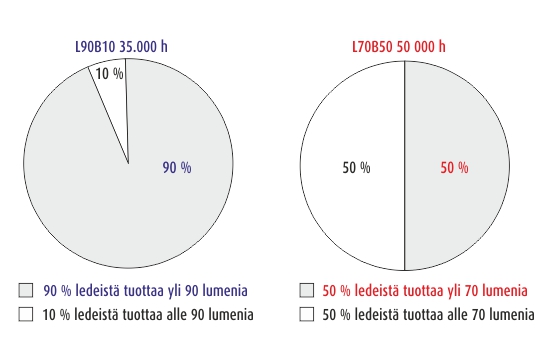 The reduction in luminous flux is an important information when designing lighting. You should usually slightly overscale the number of light fixtures in the design to ensure the minimum level of illumination required even at the end of the lifespan of lighting. 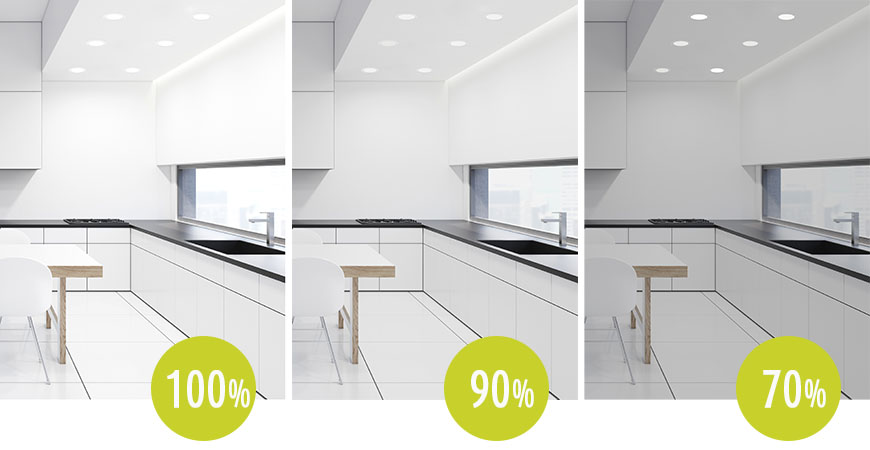